< Go Back To State Page

Born and raised in Pennsylvania, Donald (Ted) A. Hendrie received his Bachelor of Arts degree from Pennsylvania’s Kutztown University in 1976. When he graduated, Ted accepted a position as the administrative assistant to State Senator Michael A. O’Pake, who was a member of the Judiciary Committee and Chairman of the Senate Committee on Aging and Youth. 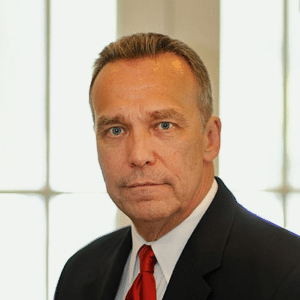 Within a year of earning his law degree from Pen. State Dickinson School of law in 1981 Ted passed the Bar and joined the Bridgeport, Connecticut, law firm of Owens & Schine.

Further inspired by his time with Senator Michael A. O’Pake, Ted determined that his purpose as a lawyer would be to focus on helping those who were not able to help themselves. So, from 1981 until 1991, he concentrated on cases covering litigation of personal injury, worker’s compensation, real estate, and commercial business matters. And in 1988, he became a partner in the firm of Betar, Quatrella & Hendrie.

Wanting to experience something different, he followed his entrepreneurial spirit and, in 1991, Ted became the president of MacNaughton & James, Ltd., an international trade development firm. This allowed Ted to experience International Trade negotiations for businesses and state governments here in the U.S with Latin American, Europe, and Asian counterparts.

Having gained that experience, Ted wanted to get back to his roots and the work he was passionate about and went in search of a law firm that shared his same values. Ted found himself in the perfect situation in late 1996 while assisting Nick Wocl on a case. By 1997, Ted joined the firm of Wocl Leydon, LLC, and in the ensuing years, became a partner.

Ted knew that he had found what he felt was his permanent “home”, stating that “Wocl Leydon was unique because it is composed of a team of professionals that are not only very, very good at what they do, but are also so genuinely interested in the well-being of their clients and making sure that things are made right for them.”

Since joining Wocl Leydon, Ted has focused his practice solely in the area of personal injury litigation. Ted has been quoted as saying that. “Being an advocate for someone who has been harmed and often has nowhere else to turn makes my job completely worthwhile. “It is gratifying to be able to change their situation and make things right again for them and their family.” Ted’s expert skills in negotiating cases through mediation, arbitration, and other forms of dispute resolution have allowed him to achieve precisely that result.

Ted still lives in Fairfield, Connecticut and with his wife of 35 years, Lynn, they have raised two wonderful sons, Jamie and Brian, who now have careers of their own. They still live nearby in Stamford, Connecticut and spend many of their weeks restoring an old sailboat and getting out to sail on the weekends whenever they can. When they are not sailing, they spend spare time watching sporting events and enjoying time together with some occasion traveling.

“Throughout the course of my case I was treated courteously and with professionalism from the entire team. Anytime I had questions they were promptly answered. Attorneys Ted and Dave brought experience and expertise to my case, which made for successful results. Overall a great experience, I would not hesitate to recommend this firm.”

“Having Wocl and Leydon was the most professional, understanding, and patient representation I’ve ever had. In the midst of my uncertainty, they treated me like family. They walked me through the legal process with ease. They answered every question I had with the utmost professionalism, and I would recommend them to anyone I care about.”

Professional Associations Ted Hendrie is a Member of

How Ted Hendrie can help with your Motorcycle Accident Case.

Do You Need Help with Your Motorcycle Legal Case?

If something like this has happened to you, please reach out to us immediately. We’ll review your case and provide you with a case evaluation, free of charge.

Yes, help me with my case

We’ll take a look at it, and provide you a case evaluation, free of charge.